București. A word that’s rather impossible to pronounce in a different language because of that little comma underneath the „s”. A heritage of the Slavic – Turkish influences to the Romanian language. Luckily, there’s an English alternative to this tongue twister: Bucharest. Book’a’rest…. Like, book your rest in this capital of this country still not so many people know a lot about. And you would be very inspired if you did so before the whole world rushes in. Torn in its own identity between east and west, Bucharest is a rather young city. A bit less than 600 years ago, the flat land where Bucharest sits was covered in green pastures, by the river Dambovita. Seems that a shepherd by the name of Bucur found this a good place for his flock of sheep and settled here to form a community that grew into a village that grew into a town, just 60 km away from the ottoman border. Fast forward 550 years later, about 3 million people go back and forth what seems to be in the top three most congested cities in the world, the cars matching in number the inhabitants that live and breathe in the metropolis.

I like to think about the history of Romania as a slice of cake, with all its layers on the show: First comes the medieval history making up most of the cake. In Mid 19th century the modernizing started by inviting a German king over to rule, Karl I of the Hohenzollern family. In Mid 20th century, communism made its way into the DNA of the country and stayed for 50 years. 30 years ago, in 1989, a few months after the fall of the Berlin wall, Romania became a democratic country. 2007 was a meaningful year, as Romania became a member of the European Union and opened up to receive people from all over the world who could travel more freely to this space. An exodus of Romanians leaving the country started simultaneously, nowadays being listed number 2 in the world at migration, after Syria.

Bucharest will offer you a very different experience depending on which of the four seasons you decide to come over.

Many cheap flight companies will be able to bring you to the capital of Romania. We suggest you Ryan Air, Wizz Air, and the Romanian local airline Tarom, to find the deals that interest you most.

This video was created by the joyful Walkabout Free Tours team, which we recommend in case you want to go on a tour done by some of the most cheerful locals in town!

You can also book city tours on sites such as Bookmundi, which offer a variety of experiences in Bucharest and many other cities around the world. 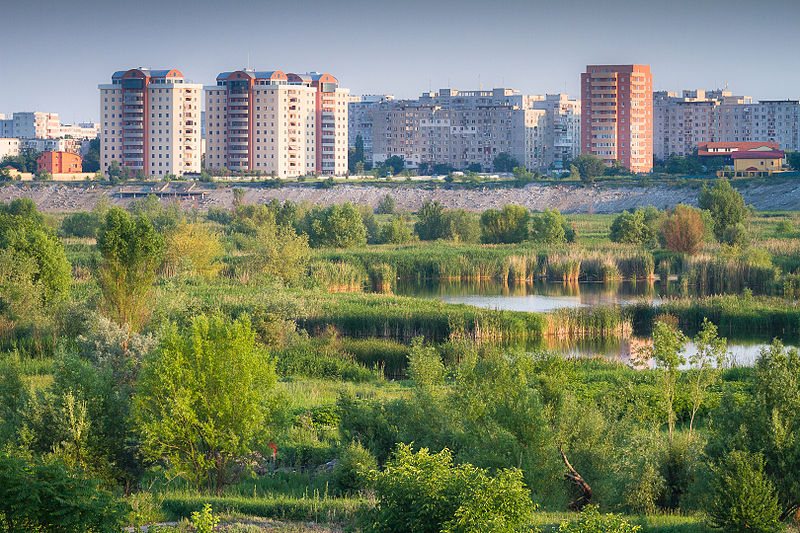 Ancient traditions in the pounding heart of the city Eat your way through your holiday

Welcome to this melting pot of Eastern Europe. This capital city of a country in between so many diverse realities cannot welcome you in any other way than with an oh so colorful local cuisine that breathes diversity through its every pore. We won’t focus here on all that the Bucharest gourmet scene has to offer, but rather zoom into the place where all action happens, including some of the most savory dishes: the street. For those of you tired of walking around concrete and stone, we recommend some adventure parks where, depending on the type of adventurer you are, you can either do extreme sports or have a picnic with friends. Here are some suggestions: Bucharest Nightlife or how to party till the break of day

Partying in Bucharest is a very offering experience. First, because it is cheap. This has placed Bucharest on the map of stag parties in Europe, especially since it started being connected with the main cities around the continent often for two-digit prices per roundtrip.

If you want to go for an all-night exploration of Bucharest, you can take the bars and clubs one by one or go for a pub crawl. The selection is plentiful and usually comes at a very good price. Below you can find a list of our favorite places, a list that covers most music styles from alternative rock to disco and hip hop, as well as most of the map of Bucharest.

Where to stay in Bucharest Even if in many aspects Bucharest is already a European city aligned to the prices of European Union capitals, tourists can find good accommodation in many parts of the city at fair prices. Depending on the type of travel experience you are looking for, there is a well enough diversified offer to cover all budgets and to cater to all tastes.

In case  you are an independent traveler looking for cheap accommodation downtown, there are 3 options I will wholeheartedly recommend, all which offer accommodation starting at 10 Eur per person in a common room:

The capital of Romania was once a very uniform country in terms of revenues and lifestyles during the communist time. Nowadays, you can find chic boutique 4 and 5-star hotels, with a vintage flavor, located in establishments that look old outside but brand new, equipped with all the modern facilities, on the inside. You will need to spend a minimum of 90 USD per night for a room in one of the following options, all of which I consider a great choice for money if you want a beyond comfortable setting for your holiday: No matter what your answer to this question is, for sure you will find an answer on your trip to this eastern European city. The coffee culture has just exploded in Bucharest. Once known as Little Istanbul due to the proximity to the ottoman empire, much of the Romanian food has Turkish influences. Not the coffee though, at least not anymore. Although there are places where you can still find Turkish coffee, most modern coffee shops have espresso machines worth the money you could pay for a luxury car. Literally, there are countless options for you to get your coffee fix in the city, but I am going to mention here my top favorite which are all within walking distance from each other in the downtown: Bucharest is a place full of contrasts. In order to love it, you will have to dig deep in your heart and let go just a bit, to the artist inside. It breathes a bohemian air that reminds of a unique mix of East and West. You will find beautifully renovated architecture next to decaying yet promising buildings that make you wonder what could have happened to them or why it isn’t anyway taking any action to fix them. Bucharest also looks a bit like Berlin, where street art and hipster happenings speak of a country once closed in itself, that has been opening up more and moreover the past thirty years since it became a democracy. It is a lively, vibrant place that seems to never sleep, where you will find endless recreational options no matter who you are and where you come from. And sometimes, it may leave you with a lot of questions on your mind, which you will probably want to answer by coming back, again and again.